You can book an appointment for a physical consultation with the dermatologist at the clinic. You can also ask question for an online opinion.

Read interesting articles on various dermatological topics. Register your email address to get notification whenever these are posted

Watch out this section for interesting videos on important skin, and hair care and diseases

Dermdoc.in is a website dedicated to all my patients, readers, and common people who comes here by chance while searching information on dermatological problems. This site has been created to provide scientific and proper information on dermatological conditions, right skin care, do’s and don’ts, how to avoid common mistakes and achieve a healthy skin. Internet is the ocean of information and it is often difficult for common people to get the right information. Internet is flooded with information, many of which are just not correct, provided with vested interest or difficult to interpret by common people. Many people land up reading some information that scares them, others fall in trap and end up taking wrong steps. As a doctor, it is our responsibility to provide true information in an easy understandable manner.

As this is my personal blog, I have added option for some people who wishes to consult me personally. Earlier, I added section for comments by readers and tried to reply to them. Unfortunately, this site attracted more spam than real comments. I have thus deleted the comments sections.

Professor Dr Nilendu Sarma is the founder of the blog Dermdoc.in.

He is at present Head of the Dermatology Department at Malda Medical College.

He was earlier Deputy Editor of Indian Journal of Dermatology (India).

He has published about 60 articles in Pubmed Indexed journals and written numerous chapters in different dermatology books.

He is a post graduate medical teacher in West Bengal University of Health Science.

Despite being a teacher, at personal level, he has constantly updated himself and passed various national and international examinations. He has passed ‘Basic Course in Biomedical Research’ (conducted by NPTEL) in 2020 and Specialty Certificate Examination (conducted by Federation of Royal College of Physicians, UK and British Association of Dermatologists) in 2021.

On academic research, he has always played an active role. He conducted a ‘Pan India vitiligo survey.

Earlier, he was a member of Special Interest Group (IADVL SIG) on Pediatric Dermatology, Psoriasis, Leg ulcer and Genodermatoses and also a member of Academic Committee of IADVL.

Steroid Abuse and Your Face

Many people, especially women apply topical steroid on their face without knowing that the cream contains steroids. This is a very dangerous practice. Skin gets 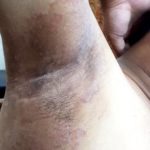 Background The situation that we have been witnessing has never been so serious ever! Every other one is suffering from ringworm. Now, everyone knows the 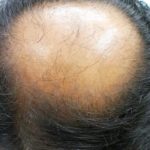 Hi all, In this second and last part, I shall discuss about the diseases and conditions that lead to true hair fall or ‘hair loss’.